A RESPONSE TO SENATOR WILL HASKELL

Sen. Will Haskell recently wrote an article in the New Haven Register defending Hartford supermajority's efforts to supersede local zoning control. This is a rebuttal of the claims Sen. Haskell makes in that article.

The Westport development — which State Sen. Will Haskell notes in his article  — happened without state mandated, top-down zoning.  The local planning and zoning (P&Z) process worked, despite the few hand-picked public comments he mentioned.  Does State Sen. Haskell prefer that public comments be stifled?

Haskell states, “There’s a dangerous idea that suburban towns suffer when more housing opportunities are built, but just the opposite is true.”

Development is occurring under local P&Z oversight, as 90-95% of all projects brought before P&Zs in Fairfield County are approved. Haskell ignores that towns benefit under local P&Z decision making.  P&Zs provide conditions and allow neighbors to testify on specific concerns and the unique environmental characteristics of projects, as they have the most relevant information, not Hartford bureaucrats mandating a one-size-fits-all policy.

On the contrary, they are focused on the actual language in the bills, not the media spin and talking points. In contrast, Democratic legislators have not shared, and seem to go to great efforts to hide these details. Why is there no mention of fair shares allocated to towns, or how many market-value units a town would need to permit under a 10% or 20% inclusionary zoning policy?

Connecticut ranks 49th in housing development, because of the outmigration from the state due to the lack of opportunity, jobs and high taxes.  As a result, property values declined and building in Connecticut have stalled — the economics have to work in order for builders to develop projects.

It is easy to support non-controversial proposals like training for zoning officials, or optional form-based codes for adoption, or “as of right” accessory dwelling units where P&Zs choose to allow them.  Yet accessory dwelling units, like rental apartments over garages, are already permitted “as of right” or by special permit in most towns in Connecticut.  If 90-95% of permits are approved by local P&Zs, why is a bill needed?

The issue is the language in the bills. They are a gift to developers and the resulting exponential development of new market-value housing will overburden local infrastructure and result in higher local property taxes.

Hiding bill details shows an utter disregard for the residents these Democratic legislators supposedly represent. It is time to shine a bright light on what is in the bills before it is too late. 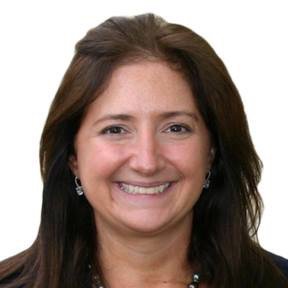